Son of Bosnia's wartime Muslim leader to become its president 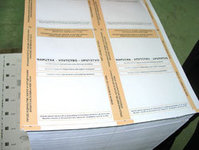 The son of Bosnia's wartime Muslim leader is set to become one of its three presidents, election results showed today (4 October). Analysts said he seems ready to work with other ethnic groups in the divided country.

The election, watched by the West for signs of whether Bosnia will move toward the EU and NATO or sink deeper into stagnation, was marred when officials said they would probe possible fraud in voting for the Bosnian Serb presidency member, Reuters reported.

Since the last election in 2006, mistrust has deepened between nationalist Croat, Serb and Muslim leaders, and political gaps have widened between the country's two autonomous regions, the Muslim-Croat federation and the Serb Republic.

Late wartime President Alija Izetbegovic's son Bakir, seen as more prepared to work with other ethnic groups than incumbent Haris Silajdzic, led the race for the presidency's Muslim seat with more than 80% of Sunday's votes counted, according to EurActiv.