Brazilian electors to vote for their president again in second round 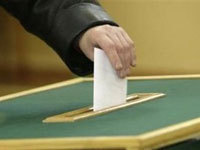 Voters in the world's fourth-biggest democracy, buoyant about a potent economy and Brazil's rising clout on the world stage, cast their ballots on Sunday for President Luiz Inacio Lula da Silva's handpicked successor in a show of support for the popular leader's policies.

With 99.8 percent of the votes counted late in the evening, Dilma Rousseff, 62, a Marxist guerrilla-turned-economist who served Lula as chief of staff, had nearly 47 percent, to 32.6 percent for Jose Serra, a former governor who is her main challenger. A third candidate, Marina Silva, the Green Party candidate and a former environmental minister in Lula's government, had 19.3 percent, Washington Post reports.

"We can confirm there will be a second round in the presidential elections," Ricardo Lewandowski, the president of the High Electoral Tribunal, announced at a news conference held in Brasilia late on Sunday.

The announcement was made after almost 98% of the votes polled in Sunday's election were counted. The election commission said in the announcement that the second round of elections would be held in four weeks' time, RTT reports.