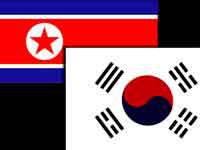 North and South Korea reached agreement Friday on restarting reunions for families separated by war 60 years ago, a move which could ease tensions sparked by the sinking of one of Seoul's warships.

The issue is a sensitive and emotional one in South Korea, where many people feel a strong kinship to North Koreans, despite the countries' often bellicose antagonisms. Many Korean families found themselves divided at the close of the Korean War, which ended in 1953 with a truce rather than a formal treaty.

The South Korean Red Cross has said about 80,000 South Koreans have yet to be reunited with their relatives in the North, New York Times reports.