Preparation for executions ends in the U.S. 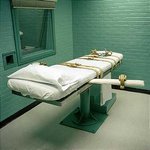 Executions in the U.S. have been put on hold because of a shortage of one of the drugs used in lethal injections across the country.

Several of the 35 states that rely on lethal injection are either scrambling to find sodium thiopental - an anaesthetic that renders the condemned inmate unconscious - or considering using another drug.

According to The Guardian, the firm - the drug's sole producer - said the delay could last until next March.

Pentothal consists of sodium thiopental, a barbiturate used as an anaesthetic in hospital operations. It is also one of the three drugs combined in the lethal cocktail that makes up the most common form of death penalty in the US today.

Some 33 of the 35 states that still put prisoners to death use the three-drug approach. The remaining two, Ohio and Washington, have opted for using a single heavy dose of sodium thiopental.