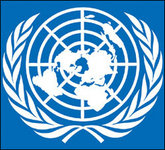 World leaders convene in New York on Monday for a United Nations summit on global goals to fight poverty, hunger and disease. They will discuss the Millennium Development Goals they signed up for a decade ago, including halving extreme poverty by 2015.

In a report, UN Secretary-General Ban Ki-moon said the summit is "crucially important" for meeting the eight anti-poverty goals. Progress reaching the targets has been uneven, he said, and several of the goals are likely to be missed in many countries if additional efforts are not made, CNN informs.

UN Secretary-General Ban Ki-moon says more money and political will is needed to give new life to the MDG campaign.

The European Union is expected to announce one billion dollars of MDG funds and the World Bank 750 million dollars for education, according to aid groups. That still leaves more than 120 billion dollars to be found over the next five years. And the financial crisis has undermined much of the global community's ability to find new funds, AFP reports.