UN Official Reports over 500 Rapes in Democratic Republic of Congo 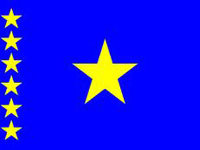 U.N. officials on Tuesday put the number of rapes and other sexual attacks in eastern Congo since late July at more than 500, more than double the previous estimate.

In remarks prepared for delivery to the Security Council after returning from a fact-finding trip to the region, U.N. Assistant Secretary-General for Peacekeeping Atul Khare cited 267 rapes or other sexual attacks in the town of Uvira -- on the eastern edge of the country -- and other nearby regions of North and South Kivu, in addition to the 242 rapes that had already been reported in and near the village of Luvungi, CNN reports.

United Nations peacekeepers are stationed about 20 miles away from where the rapes took place, but none visited until Aug. 2, when a patrol passed through one village. United Nations officials said no villagers had come forward initially about the rapes.

But an e-mail sent within United Nations agencies on July 30, as the attack was unfolding, indicates that United Nations officials knew that rebels were in the area and that at least one woman had reportedly been raped, New York Times informs.