A fire in a five-story hotel in northern Iraq killed 29 people, including foreigners, police and hospital officials in the city of Sulaimaniyah said on Friday. At least some of the victims appeared to have died as they jumped from the windows to escape the blaze. 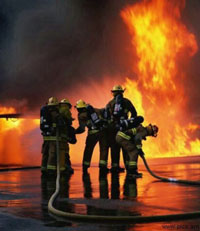 Chief of police Brig. Gen. Najim-al-Din Qadir said the fire in the Suma Hotel began late Thursday night and was sparked by an electrical short. Four women and four children were among the dead, he added, The Associated Press informs.

Sulaimaniyah, 270 kilometres (170 miles) north of Baghdad, is capital of one of the three provinces that make up Iraq's autonomous Kurdish region in the north of the country.

The region is popular with tourists and business has flourished in recent years as it is peaceful, unlike much of Iraq which remains wracked by violence seven years after the US-led invasion that toppled dictator Saddam Hussein, AFP reports.