There will be no news in Italy today; or, at least, hardly any. That is not a prediction, but fact: none of the main newspapers are appearing because their reporters and editors are on a 24-hour strike. Today they are due to be joined by radio, TV and some internet journalists. 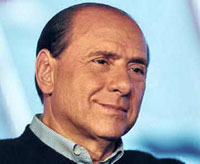 The action is over a parliamentary bill proposing a law that Silvio Berlusconi's government claims safeguards privacy. Most of Italy's editors, judges and prosecutors say it is intended to shield politicians, and particularly the prime minister, whose career has been ridden with financial and sexual scandals, The Guardian reports.

News agency, website, television and radio journalists will not work on Friday, imposing for the day a news blackout across media throughout the country. Leading daily Corriere della Sera called the strike a "cry of alarm by those who worry about the impact of the new law on wiretaps". Friday will be "a day of silence in order to be able to speak," Corriere wrote.

In June the Italian Senate approved the bill, which must now be passed by the lower house Chamber of Deputies and receive President Giorgio Napolitano's signature before becoming law, News24 informs.