Political Prisoners To Be Released in Cuba

The Cuban government will release in the next few weeks all the political prisoners that remain of the 75 opposition members arrested in 2003, a press release by the Archbishopric of Havana reported today. 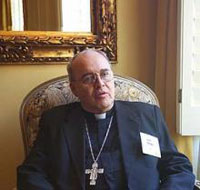 Political Prisoners To Be Released in Cuba

The decision was notified to Cardinal Jaime Ortega during a meeting with the foreign ministers of Cuba and Spain, Bruno Rodríguez and Miguel Angel Moratinos, respectively, Havana Times reports.

The release was the result of recent dialogue between President Raul Castro and Cuban Catholic leader Cardinal Jaime Ortega as the church has taken a more prominent role in national affairs.

Spanish Foreign Minister Miguel Angel Moratinos came to Havana this week to join in their discussions. He said the release would "open a new era in Cuba ... with the desire to definitively resolve the question of the prisoners."

The release would be the largest since 1998, when 101 political prisoners were among about 300 inmates freed following a visit by Pope John Paul II.