16:22
Reuters reveals when Zelensky is willing to end the conflict in Ukraine
15:26
American publicist names the ultimate goal of the game against Russia
14:33
The US will close access to its technologies to the companies supporting Russia
14:29
Russian Finance Ministry refuses to acknowledge foreign debt default
14:02
Teen boy suffers severe injuries as electronic cigarette explodes in his mouth
13:26
Kremlin: Default in Russia? Not our problem
13:16
Welt: Putin prepares a new trap for the West with the help of Bolivia
12:51
Bloomberg: Russia defaulted on foreign debt for the first time since 1918
12:13
Kyiv sacrifices its citizens to protect a military facility from Russia

A 5.4 earthquake rattled a large portion of California on Wednesday afternoon, causing scattered damage near the epicenter near Borrego Springs but sparing the region of injuries. 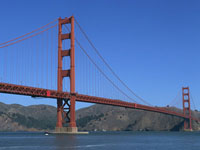 Thousands of people reported feeling the temblor, which hit at 4:53 p.m. about 28 miles south of Palm Springs. It was followed by several small aftershocks, according to Los Angeles Times.

The quake struck just as people headed home from their jobs and it was felt for about 30 seconds in San Diego, Los Angeles and other parts of southern California. It was felt most in high rises.

Authorities in Los Angeles, which was 158 miles (245 kilometers) away from the quake's epicenter, said the city's international airport was operating normally, AFP says.

The Los Angeles County sheriff's office and the Los Angeles Police Department said there had been no immediate reports of major problems.

However, Palm Springs police reported the quake caused a rock slide at the Palm Springs Aerial Tram near Highway 111.

It was the latest in a string of powerful of quakes to hit southern California in the last few months, ever since a 7.2 quake hit the Mexicali area on Easter Sunday, NEWS.com.au reports.