US Special Services Arrest 11 on Charges of Espionage for Russia

US authorities charged 11 individuals with the plot, 10 of whom were arrested on Sunday in Boston, New York, New Jersey and Virginia on charges including conspiracy to act as unlawful agents of the Russian Federation and money laundering. 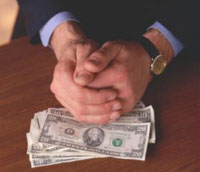 US Special Services Arrest 11 on Charges of Espionage for Russia

The group, dubbed the "Illegals," was accused of being tasked by the Russian intelligence agency SVR to enter the United States, assume false identities and become "deep-cover" Americans, according to the U.S. Justice Department, Reuters informs.

The Russian Foreign Ministry considers a U.S. report on the arrest of a group of suspected Russian spies controversial, a ministry spokesman said.

"We are looking into the reports; they are controversial and require further clarification," the spokesman said without providing any further details.

The U.S. Department of Justice said in a statement on Monday that 11 people had been charged as "unlawful agents of the Russian Federation within the United States," according to RIA Novosti.