A DRUG kingpin wanted by the US on trafficking and gun-running charges was captured last night. Christopher "Dudus" Coke, 42, was arrested in Jamaica in the wake of a series of violent clashes last month which left at least 73 people dead. 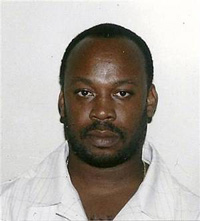 Cops said he handed himself in on the outskirts of Kingston. Jamaica's capital was the scene of a four-day siege between his gang members and cops in May after the country's PM Bruce Golding dropped his nine-month refusal to extradite Coke, The Sun reports.

"All individuals are being looked at in relation to by what means they would have participated in those (attacks)," he added, Jamaica Gleaner informs.