The United Nations Security Council is poised to impose new sanctions on Iran on Wednesday for allegedly trying to develop nuclear weapons. This would be the fourth round of measures. They are expected to expand the arms embargo, ban uranium mining, and hit Iran's banking sector. 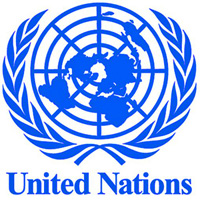 Iranian President Mahmoud Ahmadinejad has warned that all nuclear negotiations will cease if this round of sanctions are passed. Iran asserts that it is conducting research to develop nuclear power for peaceful purposes, RFI informs.

The five permanent members of the Security Council - the US, Britain, France, China and Russia - plus Germany (the so-called P5+1) fear Iran is trying to build a nuclear weapon.

They point to its continuing defiance of UN resolutions, demanding it end enrichment of uranium and non-co-operation with the UN atomic agency, BBC News says.