Queen Elizabeth II of Great Britain formally announced the start of parliament on Tuesday, drawing upon a tradition that stretches back centuries. 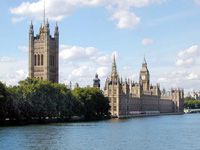 The Queen came to the State Opening of Parliament ceremony in a horse-drawn carriage, a jewel-encrusted crown atop her head, The Epoch Times says .

The new coalition government promised a raft of green initiatives in yesterday's Queen's speech that will see a radical overhaul of the country's housing stock and loans to allow more households to invest in measures such as solar panels.

Promising a new energy bill in the next parliament, the new government, led by David Cameron, wants to create a green investment bank that would loan individual households the money to invest in carbon-reducing measures, including insulation, The Guardian reports.