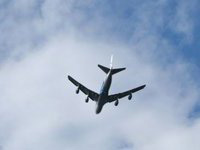 Search teams Friday reached the remote mountain site where a commercial airliner crashed this week and found no sign of survivors among the 44 people aboard, Afghanistan's aviation minister said.

The Antonov-24 operated by Pamir Airways disappeared Monday on a flight from Kunduz to Kabul. The wreckage was spotted Thursday by a search plane on a 13,500-foot (4,100-meter) mountain in Shakar Darah district north of Kabul, The Associated Press reports.

Three Britons and one American were among the six foreigners on board.

Pamir Airways is one of Afghanistan's private carriers and operates mainly domestic routes across the country, BBC News says.