An attacker stabbed to death seven children and a teacher and injured 20 more pupils at a north-western Chinese nursery this morning, officials said, in the latest shocking case in an epidemic of violence in schools and kindergartens. 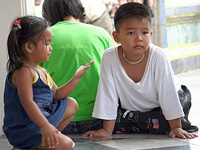 It is the fifth such attack in weeks and came despite a massive security drive by authorities around the country, which has included recruiting extra security officers to stand guard outside schools, upping police patrols and specially training and equipping police, The Guardian says.

The attack happened at 8 a.m. (0000 GMT) at a kindergarten in Nanzheng county of Hanzhong city, the official Xinhua News Agency said. It did not give the ages of the victims or say who attacked them.

Liu Xiaoming, deputy director of the propaganda department of Hanzhong city, confirmed that seven children and one teacher were killed and that about 20 others had been wounded, The Associated Press reports.