The Pakistani American accused of trying to detonate a car bomb in Times Square has told investigators he drew inspiration from Anwar al-Awlaki, a Yemeni American cleric linked to the Fort Hood shootings suspect, a U.S. official said Thursday. The would-be bomber, Faisal Shahzad, said he was "inspired by" the violent rhetoric of Awlaki, the official said on condition of anonymity."He listened to him, and he did it," the official said, referring to Saturday's attempted bombing. 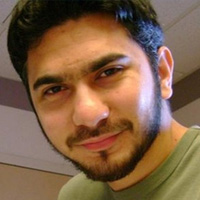 Friends of Shahzad have said he became more religious and somber in the past year or so and asked his father's permission in 2009 to join the fight in Afghanistan against U.S. and NATO forces, Statesman reports.

A senior State Department official said the administration would be asking Pakistan to take "significant" actions based on what Shahzad has been telling investigators about his visits to the country. The official spoke on condition of anonymity because the requests have not yet been made.

Federal officials are investigating how Shahzad paid his rent and financed the bomb plot since he returned from Pakistan with no apparent job. He paid for the used SUV with 13 $100 bills. Officials have been investigating if Shahzad was got money from militant groups — including the Pakistani Taliban, which claimed responsibility for the bombing in three videos over the weekend, a law enforcement official has told The Associated Press.