The Polish President, his wife and a number of senior political figures in Poland were killed when their Tu-154 tried to land this morning at Smolensk, in western Russia. Lech Kaczynski led a delegation of official policy towards Smolensk from Poland for a ceremony in the Katyn forest, commemorating the death of some 20,000 Polish officers 70 years ago. 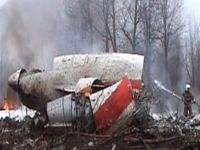 The accident occurred at 10:56 local (GMT +3) to 1.5 kilometers from the Severny airport in Smolensk (224 km from Moscow) when the pilot of the Tupolev-154 was making its fourth attempt to land in conditions of dense fog, which had caused the closure of the airport. After the air traffic controllers have warned the pilot to head to Minsk or Moscow, according to Aleksandr Bastrykin, a spokesman for Prime Minister Vladimir Putin, he decided to make the landing supposedly used by a instrument reading only Severny had no equipment for the operation.

The pilot crashed against the trees, according to official statements by the Interior Ministry of Smolensk, lost control and hit the ground, the plane exploded, carbonizing the bodies of all 97 people on board. There were no survivors. 89 were passengers and 8, crew members.

Problems with the plane

The Tu-154 was over twenty years old and according to Polish reports, there had been several requests to reshape the presidential fleet. In late 2008 the same plane had problems with the steering system, delaying a survey of Ulaan Baatar, Mongolia.

However, the Tupolev had an overhaul in December 2009 made by the Russian Aviakor, who said the plane was able to fly. The captain of the presidential flight (not confirmed yet whether it is the same captain) in 2008 (August 12) refused to land in Tbilisi, Georgia, citing security problems, despite protests from President Lech Kaczynski, who was to follow path through road.

The Polish Prime Minister. Donald Tusk, said, "is the most tragic event in the history of Poland since the Second World War." He traveled to the disaster site, where is this Saturday night with Prime Minister Putin.

Lech Kaczynski was born in Warsaw on June 18, 1949. He studied law at Warsaw University. Elected President in December 2005, appointed his twin brother Jaroslaw as prime minister.

The Polish President, Bronislaw Komorowski, is in accordance with the Constitution of Poland, the interim President. Russian President Dmitry Medvedev offered his condolences to the Acting President Komorowski, saying that "I, like all citizens of Russia, I accept with deep and sincere sense of shock the news of the tragic death of the President of Poland Lech Kaczynski, his wife and members of the large Polish delegation near the city of Smolensk, who came to the celebration of Katyn. "

Vladimir Putin, Prime Minister of Russian Federation, is heading a committee of Investigation.