Israeli intelligence is trying to recover some 2,000 documents, including hundreds classified as top secret, copied by former soldier Anat Kam, who passed them on to a journalist working for the Ha’aretz newspaper. Yuval Diskin, the head of the Shin Bet security agency, said the information “posed a direct and real threat to the lives of Israeli soldiers and citizens”. 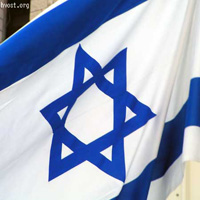 The Tel Aviv district court yesterday lifted a gagging order that had prevented any coverage of the case in Israel, even though details had been reported extensively abroad and on Israeli internet chat sites, Irish Times informs.

An indictment for aggravated espionage has been filed against 23-year-old Anat Kam for allegedly appropriating top secret documents during her military service and then passing them to a Haaretz reporter. Kam, who completed her army service in the bureau of then-GOC Central Command Yair Naveh, has been under house arrest at her Tel Aviv home for four months. Yesterday the Tel Aviv District Court partially lifted the gag order on the case, which since mid-March had already received broad coverage in the foreign press.

Among the materials Kam allegedly transferred to the reporter, Uri Blau, were files showing that high-ranking Israel Defense Forces officers had approved targeted assassinations of wanted Palestinians who could have instead been detained - authorization that violates a High Court ruling against such actions. The material gathered in these documents allegedly formed the basis for an article Blau published in Haaretz Magazine November 2008, Haaretz reports.