China said Thursday that President Hu Jintao plans to attend a nuclear nonproliferation conference this month in Washington, an affirmative gesture following months of coolness toward the Obama administration after U.S. arms sales to Taiwan. 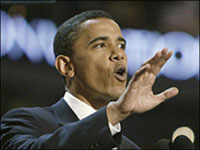 Hu's attendance at the conference, a major initiative of President Barack Obama, could also help the U.S. and China coordinate a united stance in pressuring Iran and North Korea to abandon their nuclear ambitions, Dallas Morning News reported.

According to BBC News, in an hour-long phone call Mr Obama stressed "the importance of working together to ensure that Iran lives up to its... obligations," the US said.

Their talks came as Iran's top nuclear official, Saeed Jalili, was in China for talks. Beijing agreed that sanctions were "not effective", Mr Jalili said.

"In our talks with China it was agreed that tools such as sanctions have lost their effectiveness."

International sanctions would not prevent Iran from pursuing its nuclear activities, he told reporters in Beijing.

China has a veto on the UN security council and its support would be vital to passing a resolution against Iran. Tehran insists its nuclear programme is only for peaceful power generation.

China traditionally opposes sanctions as it depends on Iran for 11% of its energy needs. But there is speculation that Beijing is willing to drop its opposition in return for US officials not citing China for undervaluing its currency in an annual report due on 15 April, days after Hu's visit.

US officials say a Chinese representative made a commitment in a phone call on Wednesday to discuss the specifics of a potential security council resolution.

The Obama administration is hoping to get a UN resolution on Iran passed by the end of this month, The Guardian reported on its Web site.