The FBI on Monday charged a Philadelphia man with threatening to kill a House Republican leader, the latest outburst against members of Congress in the wake of the health care debate. 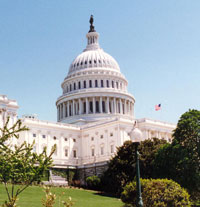 According to arrest papers made public by the U.S. attorney's office in Philadelphia, suspect Norman Leboon, 33, admitted that he posted a YouTube video warning House Minority Whip Eric Cantor of Virginia that he would "receive my bullets in your office," USA Today reported.

According to the FBI affidavit at philly.com, Leboon, in his posting, said, "Remember, Eric, our judgment time, the final Yom Kippur has been given. You are a liar, you’re a Lucifer, you’re a pig … you’re an abomination."

Last week the FBI in San Francisco received a copy of the video, which had been removed from the Internet site, the affidavit said.

Leboon told the FBI he had made more than 2,000 videos in which he made threats, according to the affidavit. Assistant U.S. Attorney Robert Reed told a judge that Leboon appears to have major psychiatric issues, according to The Associated Press.

In a statement Monday afternoon, Cantor spokesman Brad Dayspring said law enforcement notified Cantor, minority whip, over the weekend that a threat was made against his life.

"Law enforcement officials informed Congressman Cantor that the threat was determined as credible and they were responding accordingly. The congressman was later notified that an arrest was made and a suspect was in custody," Dayspring said.