French government on Tuesday shelved its plan to introduce a tax on carbon emissions that had been a cornerstone of President Nicolas Sarkozy’s enviromental policy. 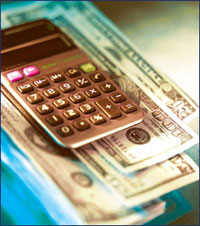 Ministers and members of the governing UMP party said the tax would put French companies at a disadvantage to their European neighbors, most of whom do not pay anything similar.

But analysts said the drubbing handed to the center-right government on Sunday in regional elections brought the U-turn from Mr. Sarkozy.

Speaking in Parliament on Tuesday, Prime Minister François Fillon said the country’s environmental policy needed to be "better coordinated with the European Union," particularly so that French companies do not lose ground against their German counterparts, The New York Times reported.

President Nicolas Sarkozy, who said tackling global warming was a priority when he took office, once hailed the carbon tax as an effective weapon to fight against climate change, euronews informed.

The European Commission said earlier this month that it was planning an EU-wide minimum tax on carbon as part of the EU's green energy agenda - though the UK opposes such a move, BBC News.