FBI Breaks the Law in Search of Terrorists

The FBI is reprimanded for improperly obtaining thousands of telephone records in terrorism investigations from 2003 to 2006. 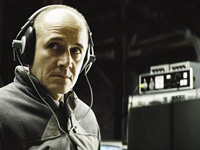 FBI Breaks the Law in Search of Terrorists

"This report examines in detail the flawed practices that the FBI used to obtain thousands of telephone records, and the accountability of FBI employees for these troubling practices," Inspector General Glenn Fine said.

"The FBI has been granted expanded authority to obtain telephone records when handling its critical responsibilities. At the same time, the FBI must use this authority in accord with the law and department policies," he said.

The report could add to criticism of the FBI, which already faces questions in Congress about whether it did enough to prevent a shooting rampage at a U.S. Army base in November and how it handled an investigation into an attempt to blow up an airplane as it approached Detroit on Christmas Day.

The 289-page report said the FBI issued more than 700 letters citing "exigent circumstances" in seeking records on more than 2,000 different telephone numbers from 2003 to 2006.

Many of the investigations did not involve emergency or life-threatening circumstances, the report said, and the FBI inaccurately said grand jury subpoenas had been sought for the records.

The FBI said in a statement that it never obtained the content of any telephone conversations, only the telephone toll billing records.

"The ... report finds no intentional attempts to obtain records that counterterrorism personnel knew they were not legally entitled to obtain," FBI spokesman Mike Kortan said.