Humane Society Is Forced to Close Shelters during Recession

The suffering cow taped by the U.S. Humane Society of prompted the biggest beef recall in U.S. history and contributed to sweeping legislation over the past 13 months designed to improve the lives of farm animals. But more important for farmers, it awakened the masses to the stark reality for many animals raised for food. 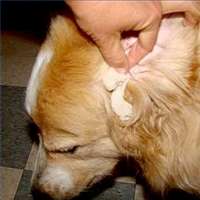 Humane Society Is Forced to Close Shelters during Recession

This October, as the animal protection organization taped workers at a Vermont veal slaughterhouse kicking and shocking day-old calves, the National Milk Producers Federation began urging dairy operators to participate in a new standard-of-care program it is launching in January.

The federation figures self-imposed regulations are better than having the Humane Society of the U.S. force them on the industry through referendums like the one it championed in California that banned cramped cages for chickens, pigs and veal calves, The Canadian Press reports.

In the meantime, the ongoing economic recession took its toll this year on the Almost Home Humane Society in Lafayette.

As it has for the past several years, the shelter finished with a financial loss.

The financial problems forced the closure of the shelter's off-site adoption center in Tippecanoe Mall, and it forced officials to make other tough choices.

But with several new initiatives on the horizon for 2010, shelter officials are working to turn things around. And 2009 could have been worse, they said.

"We are sitting at about a $140,000 deficit for the year," said Michelle Warren, the humane society's executive director. "This is actually lower than years past, but still is a red number."

Steve Knecht, the chairman of the humane society's board of directors, called 2009 "a fairly typical year overall," Journal and Courier reports.

The 12th annual FurBall to raise money for the Bay Area Humane Society & Animal Shelter Inc. will be Dec. 31 at The Grand in Lawrence as scheduled.

News agencies also report, scheduled events at The Grand have been called into question because of disagreements between previous and current owners of the conference center business at 1250 Mid Valley Drive, Lawrence.

Tickets for the first ever Ultimate Doggie Spa are $30 per dog and must be reserved by calling the Bay Area Humane Society, Green Bay Press Gazette reports.