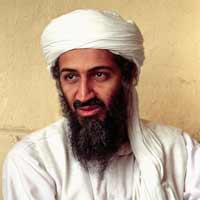 The attack was the second in a week, as the US steps up pressure and aid for thwarting what is perceived as a growing terrorism threat in Yemen.

An official source in the Supreme Security Committee said that the strike targeted a hideout of al-Qaeda, in which the al-Qaeda members have been holding a meeting attended by the terrorists Nasir al-Whaishi and Said al-Shihri, Saudi national, The Christian Science Monitor reports.

In the meantime, the Pentagon recently confirmed it is has poured nearly $70m (£44m) in military aid to Yemen this year – compared to none in 2008.

The US military has also boosted its counterterrorism training for Yemeni forces, and is providing more intelligence, which may include surveillance by unmanned drones, according to US officials and analysts.

The strikes killed three important leadership members, al-Alaimy said, but he did not identify them.

Yemeni officials refused to comment on the main target: a gathering of senior al-Qaida figures in Rafd, a remote mountain valley in eastern Shabwa province, a region where militants have been given refuge with tribes discontent with the Sana'a government, guardian.co.uk reports.

News agencies also report, the strike on an alleged al-Qaeda hideout in southeastern Yemen killed at least 30 suspected militants and was the second such assault in the past week, according to Yemeni security and government sources. One of the possible meeting participants was Anwar al-Aulaqi, a U.S. citizen and extremist preacher who exchanged e-mails with the Army psychiatrist suspected of killing 13 people at the Fort Hood Army base.

The Yemen Observer, a local paper with ties to the government, reported that Aulaqi's house was "raided and demolished."

Aulaqi, who was born in New Mexico, has said that he exchanged e-mails with Maj. Nidal M. Hasan, who is suspected of opening fire on his fellow soldiers at Fort Hood. The radical preacher has also praised Hasan in interviews and on his Web site.

In interviews, Aulaqi's distraught relatives said they have had no official word about the cleric. But after speaking with relatives and friends in the province, they said, they do not believe that he was among those killed.

"If the American government helped in attacking one of [its own] citizens, this is illegal," said Aulaqi, his voice cracking. "Nidal Hasan killed 13 people and he's going to get a trial. My son has killed nobody. He should face trial if he's done something wrong," The Washington Post reports.