Tuesday more than 300 pages of files that the Federal Bureau of Investigation kept on Michael Jackson, who died on June 25, were released by the bureau. FBI details its investigations into charges of child molestation that were brought against the singer as well as extortion threats that were made against Mr. Jackson, right, in 1992. The files, released in response to a Freedom of Information Act request made by several news organizations, describe Mr. Jackson as “a celebrity pop star” and document how the bureau aided California law enforcement agencies when he was investigated for a child molestation case in 1993 that never went to trial and in a second such case from 2004 in which Mr. Jackson was acquitted. The files also describe another child molestation investigation by the bureau in late 2004 that was closed when a witness, the file said, “advised the agents that he had no interest in testifying against” Mr. Jackson and “would legally fight any attempt to do so,” The New York Times reports. 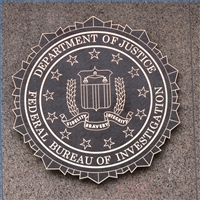 It was also reported, what one could glean from the voluminous file were the type of things his many biographers would probably relegate to footnotes -- or not include at all. That Jackson, for example, was the type of person who smiled for drivers' license photos. (The file included a copy of an expired license.) Or that Bubbles, the singer's pet chimpanzee, came up in the 1993 investigation into a 13-year-old boy's allegations that Jackson molested him. What led an agent to scrawl "male chimp" twice in his notebook remains a mystery, thanks to FBI censors who redacted much of the rest of the writing on the page.

Most of the file -- nearly 200 pages -- concerns a man arrested for stalking Jackson 17 years ago. Frank Paul Jones had a history of threatening to kill the president and had been arrested numerous times outside the White House, according to investigatory reports. In rambling letters collected by the FBI, Jones claimed to be the son of John Gotti, demanded money and pledged to "commit mass murder at a Michael Jackson concert." A Los Angeles federal judge sentenced him to two years in prison in 1993 for mailing threatening communications to Jackson, The Los Angeles Times reports.

News agencies also report, the documents show, the FBI had been asked to analyze one of Jacko's VHS tapes -- home-labeled "Michael Jackson's Neverland Favorites an All Boy Anthology" -- seized amid a related child-porn probe.

The Sony tape was only described in the documents as a "poor-quality, third- or fourth-generation recording" that could be "a copy of a copy of a copy." There were no details of its contents.

The LAPD appeared hot to nail Jackson on the federal Mann Act -- involving "transportation of a minor across state lines for immoral purposes" -- when it came to Chandler, and asked the FBI to consider the move, The New York Post reports.