Senate Democrats are getting ready to push the health care reform past one last 60-vote hurdle to final Christmas Eve passage, and Republicans concede they're powerless to stop it. 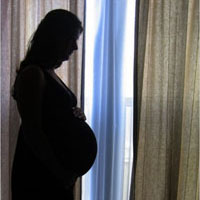 Obama himself said the Senate legislation accomplishes 95 percent of what he wanted. "Every single criteria for reform I put forward is in this bill," the president told The Washington Post, Boston Globe reports.

In the meantime, a new government insurance program that would help the elderly and disabled stay in their homes is headed for passage in the U.S. Senate's sweeping healthcare revamp despite doubts about its viability and cost.

The measure has not received the intense scrutiny focused on a proposed government-run medical coverage plan, which has been jettisoned from the the Senate's healthcare bill and is unlikely to be restored in final legislation.

But the Community Living Assistance Services and Supports (CLASS) Act, which was championed by the late Senator Edward Kennedy, is a significant program that supporters say is long overdue and critics say could add to the federal treasury's long-term debt problems.

"If the CLASS Act becomes law, the federal taxpayer is at very serious risk of paying the price to clean up the fiscal disaster when the CLASS Act fails," Republican Senator Charles Grassley said in a Senate speech on Tuesday.

Backers said the bill would allow disabled people to stay in their homes and out of institutional care, Reuters repots.

Meanwhile, the House health care bill would bar any health plan that receives federal money from covering abortions. Under the less restrictive Senate language, plans that get federal money could cover abortion as long as customers pay premiums for the procedure separately with their own money, and the premium payments are kept in a separate account.

"Something's going to have to give," said Rep. Bart Stupak, D-Mich., author of the abortion language in the House.

At this point it's not clear what that will be, although all involved in the intraparty dispute say they want to resolve the issue and sign on to a final health care bill for President Barack Obama to sign in January.

Currently an annually renewed law called the Hyde Amendment bars the federal government from covering abortions under Medicaid except in cases of rape, incest or where the life of the mother is threatened. Similar prohibitions cover other federal programs, although states may choose to pay for abortion coverage for people on Medicaid if they do it with state funds.

Boxer said the Senate language walls off private from public funds for abortion. She declined to say directly how she'd vote if the language became more restrictive.

"If the goal was to build a firewall we did it, and that's my last comment on it," Boxer said in an interview Tuesday, The Associated Press reports.