A U.N. official said Wednesday, the most significant outcome of the climate talks in Copenhagen is the emergence of China, India, South Africa and Brazil as a grouping. 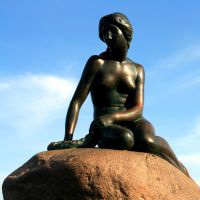 The Copenhagen Accord — which urges major polluters to make deeper emissions cuts but does not require it — emerged principally from President Barack Obama's meeting with the leaders of the four countries, a group referred to as BASIC.

"This is a very significant political development," said Rajendra Pachauri, chairman of the U.N. Intergovernmental Panel on Climate Change, which shared the Nobel Peace Prize with former U.S. Vice President Al Gore in 2007.

Developed countries will "have to deal with the power of this group ... for reaching a full fledged binding agreement in Mexico next year," Pachauri said in his first media briefing since returning from talks in the Danish capital last week, The Associated Press reports.

It was also reported, the two-week long United Nations climate change conference, which ended last week in the Danish capital, resulted in a U.S.-brokered agreement that sets a commitment to limit global warming to two degrees Celsius. The pact didn't spell out emission reduction goals for 2020 or 2050, which is key to limiting the rise in global temperatures.

"Global emissions must peak no later than 2015," said Mr. Pachauri, chairman of the UN panel which along with former U.S. Vice President Al Gore had won the 2007 Nobel Peace Prize for spreading awareness about climate change.

"If we deviate from the optimum path, then the human impact on climate change would be far too serious," he said, adding that the cost of not maintaining the two degree Celsius limit on the increase in Earth's temperature would be too high.

The agreement was struck at the last minute between the U.S. and developing countries China, Brazil, India and South Africa after several days of wrangling.

Mr. Pachauri said the emergence of the BASIC group--the term given to the four fast-growing developing nations--is one of the significant events of Copenhagen, The Wall Street Journal reports.

The next climate change meet is in Mexico next year, where countries hope to reach a legally binding agreement.

"What has happened politically which is very significant is the emergence of this grouping of Brazil, South Africa, India and China," Rajendra Pachauri, chairman of the Intergovernmental Panel on Climate Change (IPCC) said in New Delhi.

"Undoubtedly whatever agreement comes into existence by the time Mexico completes its conference of the parties, will necessarily have to deal with the power of this group (BASIC)."

The meeting in Copenhagen failed to yield the outlines of a broader and tougher legally binding climate agreement to expand or replace the Kyoto Protocol, whose first phase ends in 2012, Reuters reports.