A federal appeals court ordered Microsoft Corp . to stop selling its Word program in January and pay a Canadian software company $290 million for violating a patent, upholding the judgment of a lower court. 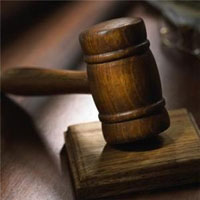 But people looking to buy Word or Microsoft's Office package in the U.S. won't have to go without the software. Microsoft said Tuesday it expects that new versions of the product, with the computer code in question removed, will be ready for sale when the injunction begins on Jan. 11, The Associated Press reports.

An appeals court in Washington, D.C. ordered Microsoft to pay the penalty that was awarded to a Canadian firm over a copyright infringement verdict last summer. The court gave Microsoft until January 11 to remove the disputed feature and settle the case. Otherwise, the court will sidetrack Word sales until the fix is made. The dispute centers on customized XML technology provided by I4i of Toronto.

Microsoft says it "put the wheels in motion" in August to remove the technology from its Word 2007 and Office 2007 products, by at least January 11 in order to sell them in the public. The 2010 versions of Word and Office don't contain the disputed technology and will be on sale as usual.

Microsoft, which sits atop $6 billion in cash, vowed to appeal the judge's actions to the US Supreme Court, New York Post reports.

"We have been preparing for this possibility since the District Court issued its injunction in August 2009 and have put the wheels in motion to remove this little-used feature from these products," Microsoft said in a statement.

"We couldn't be more pleased with the ruling from the appeals court which upheld the lower court's decision in its entirety," Loudon Owen, chairman of i4i, said in statement. "This is both a vindication for i4i and a war cry for talented inventors whose patents are infringed. The same guts and integrity that are needed to invent and go against the herd, are at the heart of success in patent litigation against a behemoth like Microsoft," PC Magazine informs.