On the last day of the Climate Change Conference in Copenhagen two great countries, among others, Russia and U.S. release their plans for contribution to climate stabilization. 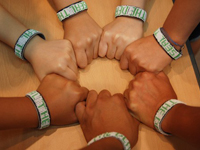 Russia announced that it would reduce emissions between 20% to 25% below 1990 levels by 2020 if a global agreement is reached committing other countries to comparable emission reductions.

The United Nations Climate Change Conference is taking place at the Bella Center in Copenhagen, Denmark, between 7 December and 18 December 2009. The conference includes the 15th Conference of the Parties (COP 15) to the United Nations Framework Convention on Climate Change and the 5th Meeting of the Parties (COP/MOP 5) to the Kyoto Protocol. According to the Bali Road Map, a framework for climate change mitigation beyond 2012 is to be agreed there.

On December 16, 2009, the president of the conference, Connie Hedegaard, resigned.

On Friday 18 December, the final day of the conference, international media reported that the climate talks were "In disarray". Media also reported that in lieu of a summit collapse, a "weak political statement" is anticipated as the conference's end product.