Early on Friday Twitter was left temporarily affected for about an hour after a DNS hijacking attack. 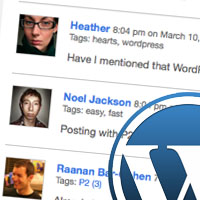 The initial attack has left many users scratching their heads while spreading the belief that Twitter's servers themselves were commandeered by hackers in the name of the "Iranian Cyber Army".

It now seems that Twitter's DNS records were altered. That means surfers trying to reach the website directly via name resolution services were thrown over towards a fake domain, while the site itself and micro-blogging applications that plugged into Twitter's API - such as TweetDeck or mobile phone apps - were unaffected by the attack, Register reports.

It was also reported, the hackers managed to deface Twitter's home page, as users attempting to reach the service in the early hours Friday were greeted with a message that stated the sabotage was perpetrated by a group that called itself the Iranian Cyber Army.

"This site has been hacked by the Iranian Cyber Army," the message stated.

The group was previously unknown, raising the possibility that the incident was in fact carried out by pranksters, rather than a cadre of cyber criminals with links to Iran's anti-West political authorities.

It was not immediately clear if intelligence officials in this country planned to investigate the breach, InformationWeek reports.

Meanwhile, the Iranian opposition website Mowjcamp.org was also attacked. The site is run by supporters of the reformist candidates who challenged Iranian president Mahmoud Ahmadinejad in June's elections.

Both Twitter and Mowjcamp.org became a focal point for protesters during mass opposition rallies on the streets of Tehran, and the hundreds of arrests that followed.

Protesting Iranians posted pictures of the rallies, and the reaction of the Iranian riot police and pro-government militia, on the sites.

Opposition leaders Mir Hossein Mousavi and Mehdi Karroubi have said elections in June were rigged against them, BBC News reports.