China Huaneng Group, one of China's main nuclear power companies, have launched a demonstration project that will use domestic technology based on knowhow first developed by Westinghouse. 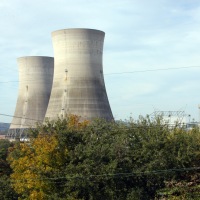 The project takes China a step forward in its effort to acquire advanced nuclear power technology of its own after decades of reliance on foreign expertise.

China's State Nuclear Power Technology Corp., also known as SNPTC, will hold a 55 percent stake in the 300 million yuan ($44 million) venture set up to build and operate the plant, with Huaneng holding the other 45 percent, SNPTC said in a statement on its Web site, BusinessWeek reports.

It was also reported, SNPTC was established in 2007 for the purpose of introducing, absorbing and localising AP1000 nuclear power technologies from U.S.-based Westinghouse Electric, owned by Toshiba

After heated competition, Westinghouse Electric in 2006 won the right to build four AP1000 reactors in the coastal provinces of Zhejiang and Shandong, securing a much-needed showcase for its untested technologies.

In exchange, China was granted a generous technology transfer agreement that would form the model for its own "localised" reactors.

Construction of the third of the four AP1000 reactors began on Dec. 15 after the two started earlier this year, Reuters reports.

Meanwhile, four China's reactors are also the first in the world to use the third generation technology. So far, construction of three has already started, two in Sanmen and one in Haiyang.

Nuclear power now accounts for less than 2 percent of China's total power capacity, but it will witness accelerated development in the next few years.

"Compared with coal-fired power or hydro power plants, nuclear power plants are much more environmentally-friendly. The industry is promising both in China and overseas," said Fu Manchang, an analyst with SNPTC.

An increasing number of domestic power companies have entered the nuclear power sector to take advantage of the rapid growth of the industry in China. For instance, Huaneng is building another nuclear project near the location of the CAP1400 project, China Daily reports.