Early Friday morning the Senate voted to force final action on a Pentagon spending measure after a Republican attempt to use the military money to stall action on the health care overhaul was broken. 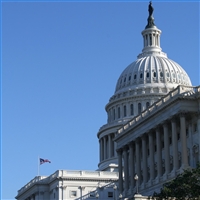 In an unusual dead-of-night session that opened just after midnight, senators voted 63 to 33 to shut off debate on the $626 billion plan, which is the last spending measure due to pass this year and was easily passed by the House earlier this week. A final vote is expected early Saturday.

Democrats had to struggle to line up all 60 of their members in support of a key procedural vote to overcome anticipated Republican opposition to a bill Republicans would normally rally behind and have criticized Democrats for politicizing in the past, The New York Times reports.

In the meantime, with just days remaining to prove that they can meet a self-imposed Christmas deadline and pass President Barack Obama's signature initiative through the Senate, Democrats seeking a rendezvous with history instead detoured to an intraparty brawl.

Majority Leader Harry Reid, D-Nev., was poised to release the latest version of the Senate legislation as early as Friday, but it was unclear what kind of reception he'd get. Labor leaders said the bill was soft on the insurance industry, and former party chairman Howard Dean said he'd vote against it if he were a senator.

All eyes were on the only known Democratic holdout, moderate Sen. Ben Nelson of Nebraska, whose primary concern is that abortion funding restrictions in the bill were too lax. Nelson indicated Thursday he still was not happy but would keep talking with Reid, who needs 60 votes to push through Republican opposition.

Nelson, the most conservative Democrat in the Senate, was vague throughout the day about his intentions, eventually telling reporters, "I hope we're getting closer" to agreement.

"Without modifications, the language concerning abortion is not sufficient," he said earlier in the day in a written statement that summarized the results of days of private negotiations. The second-term Nebraskan opposes the procedure and wants tighter restrictions written into the overhaul, The Associated Press reports.

It was also reported, the defense bill is the last spending measure of the year for both chambers of Congress.

The end of debate on defense spending means the Senate can resume its discussions on health care reform. The body is deeply divided on the issue, making it difficult for Senate leadership to find a consensus.

Those tensions were palpable on the Senate floor early Friday, with Democrats suggesting their Republican counterparts were sacrificing the defense of the nation to stall health care reform.

"Many who are filibustering this defense appropriations bill tonight are filibustering because they want to delay ... the health care reform legislation from being voted on," said Sen. Carl Levin of Michigan, CNN reports.