If and when Senate Democrats finish healthcare talks and nail down 60 votes, they will begin the process spelled out in Senate rules for ending the expected Republican filibusters and moving to a final vote on the legislation. The expected sequence of events is likely to stretch well into next week, possibly culminating in a Senate session on Christmas Day. 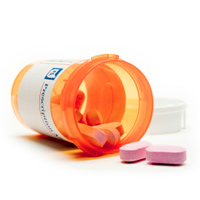 The 'manager's amendment' Senate Majority Leader Harry Reid of Nevada will move to insert a package of changes into the existing Senate healthcare bill. Republicans would begin their first filibuster at this point, but Democrats will move to block it by petitioning for cloture, which sets a limit on debate.

A one-day waiting period is required before a cloture vote can be taken. If the motion wins 60 votes, debate will be limited to 30 hours, The Los Angeles Times reports.

Meanwhile, Liberal outrage over the Senate's health care reform bill is reaching a boiling point, with a number of organizations, unions and House Democrats warning that the watered-down version they see creeping toward a vote will not survive in its current form.

It was also reported, the warnings suggest the controversial government-run insurance plan, as well as a proposed expansion of Medicare, could be brought back to the table down the road even though Senate Majority Leader Harry Reid stripped those ideas from his package -- mainly to appease moderates like Connecticut Sen. Joe Lieberman.

Former Democratic Party Chairman Howard Dean has been the most vocal opponent of the Senate bill, calling for the Senate to kill the package and writing in a column Thursday that it would "do more harm than good" for the country.

"I know health reform when I see it, and there isn't much left in the Senate bill," he wrote in an opinion article published in the Washington Post.

But the former Vermont governor, who has no vote in Congress, isn't the only one with a gripe.

House Majority Leader Steny Hoyer complained Tuesday about the "psychology of one" in the Senate -- a not-so-veiled shot at Lieberman. He said the House would not rubber stamp the Senate bill once it returns to his chamber without changes, FOXNews reports.

In the meantime, Medicare's coverage gap for prescription drugs — $3,610 next year — has steadily gotten bigger since the benefit's inception. But if Democrats have their way on health care overhaul, the dreaded "doughnut hole" will shrink by $500 right away and go away altogether by 2019.

After an initial deductible and copayments, Medicare currently covers the first $2,700 in annual prescription costs. Then comes the gap, and beneficiaries are on their own. Finally, after seniors reach $6,154 in total annual drug costs, Medicare coverage kicks in again and beneficiaries only have to pay 5 percent of the bill.

Because the size of the gap is indexed to increases in drug costs, every year it grows more rapidly than the incomes of most seniors. The Democrats' plan would put that into reverse, gradually shrinking and ultimately eliminating the gap.

"The doughnut hole would be smaller and it would start later in the year," said Paul Precht, policy director for the Medicare Rights Center. "We have gone four years with an expanding doughnut hole. For us to be headed in the other direction would be a great improvement."

As things stand now, seniors with low incomes are spared from having to deal with the gap. But about one-fourth of the other beneficiaries — 3.4 million people — fall into the gap, The Associated Press reports.