Yvo de Boer, executive secretary of the UN's climate body, said there was still an "enormous amount of work" to be done before a final deal could be signed. 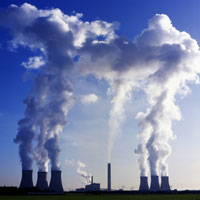 Delegates are currently poring over the details of a new draft text, ahead of the start of the conference's high-level segment on Tuesday evening.

On Friday, about 120 world leaders will attend the summit's final session.

"We are at a very distinct and important moment," he told reporters in Copenhagen, BBC News reports.

It was also reported, Yvo de Boer, the executive secretary of the U.N. Framework Convention on Climate Change, told reporters both large and small countries will have to make concessions in the coming days because "there is still an enormous amount of ground to be covered if this conference is to deliver what people around the world expect it to deliver."

The United States and other industrialized nations are still pressing for a way to verify that China, India and other emerging economies will make the greenhouse gas emissions cuts they've promised to make in the context of a new agreement, while developing countries argue these rich nations have not provided the financing and ambitious climate targets that would be commensurate with their historic responsibility for global warming.

Connie Hedegaard, the Danish chairman of the conference, said in an interview that monitoring and verifying future emissions cuts "is one of the very difficult issues because the major players both have serious red lines" on the issue. "One is waiting for the other [to move]. We must solve that problem," The Washington Post reports.

"The MRV issue is a very serious divider," said India's Ramesh. The issue "might not sound that sexy but its still a very crucial part because that is where there are red lines to different parties," said Hedegaard.

De Boer and Hedegaard were speaking at a press conference where a life buoy hung in front of them on the stage, sponsored by the development group Oxfam reading "1.5 million voices."

An Oxfam spokeswoman said figure represented the 1.5 million people who participated in climate hearings run by the organization this year in 35 countries. She said the verdict of the hearings was: "Climate change kills. Act now, save life."