US President Barack Obama has summoned Senate Democratic to the White House for talks aimed at getting healthcare reform passed by the end of the year. 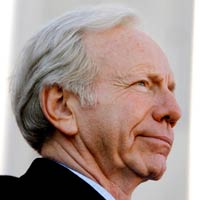 Tuesday afternoon's meeting comes amid signs of further compromise on the bill in order to garner the 60 votes needed for it to pass in the Senate.

A key figure is Joe Lieberman, an independent whose vote is vital to ensure the bill's approval.

It was also reported, Senate Democratic leaders, scrambling for the 60 votes they need to pass the healthcare overhaul bill, moved Monday to strike a controversial proposal for expanding Medicare and proceed without a new government insurance program, the so-called public option.

"It's a matter of getting 60 senators," Finance Committee Chairman Max Baucus (D-Mont.) told reporters after an evening meeting of the Democratic caucus in which party leaders stressed the urgency of getting a final Senate vote by next week.

The proposal to let Americans between 55 and 64 buy into Medicare looked like the key to a compromise last week. But Sen. Joe Lieberman (I-Conn.) stunned senior Democrats over the weekend with new threats to block the legislation if the Medicare provision was included.

Several leading liberal lawmakers on Monday appeared resigned to the collapse of their dream of including either a new government insurance plan to compete with private plans or the proposal to expand Medicare.

"There's enough good in this bill that even without those two, we've got to move it," said Sen. Tom Harkin (D-Iowa), who succeeded the late Sen. Edward M. Kennedy as chairman of the Senate Health Committee, The Los Angeles Times reports.

Meanwhile, as recently as three months ago, Lieberman talked favorably about such a plan in an interview with a Connecticut newspaper.

“My proposals were to basically expand the existing successful public health insurance programs Medicare and Medicaid,” he told The Connecticut Post.

So the Connecticut independent stunned many Democrats when he announced on a Sunday talk show that he opposed a compromise plan to allow uninsured individuals between the ages of 55 and 64 to buy into Medicare. “It will add taxpayer costs. It will add to the deficit. It’s unnecessary,” he said.

By a strange quirk of fate, the onetime Democrat who campaigned tirelessly for GOP presidential candidate John McCain in 2008 now controls the fate of President Obama’s most important domestic policy promise. Indeed, the Medicare buy-in was the central element of a compromise touted as a way to ease the concerns of moderate Democrats about the public option.

But as the potential 60th Democratic vote needed to turn back a Republican filibuster, Lieberman’s defection effectively killed the deal, unless Senate Majority Leader Harry Reid can persuade Republicans Olympia Snowe or Susan Collins to vote with Democrats – both unlikely scenarios, Muckety reports.