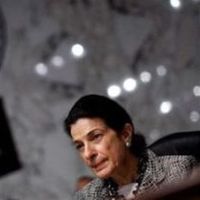 As the Senate opened a make-or-break week for healthcare, Lieberman's threat to join Republicans in blocking the bill complicated Democratic efforts to gather the 60 votes needed to overcome Republican opposition.

Democrats have no margin for error -- they control exactly 60 of the 100 votes and cannot afford to lose Lieberman, an independent who caucuses with Democrats, or any other member on a bill that is Obama's top domestic priority.

Many other Senate Democrats, including potential defector Ben Nelson, are waiting for cost estimates on a potential compromise before making their final decisions.

"If Senator Lieberman is the 60th vote, I guess we will have to do what Mister Lieberman wants," Democratic Senator Tom Harkin told reporters, Reuters reports.

it was also reported, Lieberman strongly rebutted charges that he flip-flopped to oppose the expansion of Medicare as part of health care legislation.

"Contrary to the claims of anonymous aides, Senator Lieberman told (Majority Leader Harry) Reid on Friday that he had problems with the Medicare provision," said Marshall Wittman, a spokesman for the Connecticut Independent.

"This position was also told to negotiators earlier in the week. Consequently, Senator Lieberman's position came as no surprise to the Democratic leadership. Any contrary charge by aides who cowardly seek to hide under the cloak of anonymity is false and self-serving," he added.

Wittman made his comments one day after Senate Democratic aides, speaking anonymously, said Lieberman had initially indicated support for a proposal allowing uninsured individuals as young as 55 to purchase Medicare coverage, The Associated Press reports.

News agencies also report, most Democrats support the public option as a nonprofit competitor to private insurers which would expand coverage and bring down prices. Republicans and some moderate Democrats, along with the health insurance industry, oppose the public option, saying it would be a first step toward a government takeover of the entire health care system.

If Democrats can get 59 of their 60 caucus members to support the bill -- for example, by changing the abortion language to secure Nelson's vote -- they can focus on gaining the vote of moderate Republican Sen. Olympia Snowe of Maine, who has signaled an openness to compromise but rejects the public option and questions the Medicare expansion.

If the Senate eventually passes a health care bill, its version will have to be merged by a conference committee with the House version passed last month. The final bill would then need approval from both chambers before going to Obama to be signed into law.

The president and Democratic leaders have said they want the bill completed this year. The Senate would need to finish its work this week to leave a realistic chance of meeting that schedule, CNN reports.