Friday a top US official warned Friday of "significant" new sanctions on Iran. 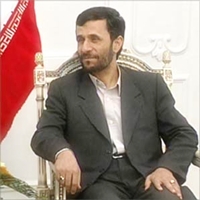 The European Union is preparing a draft of a statement supporting stronger global action to curb Iran's nuclear ambitions. That follows the UN's expression of "grave concern" Thursday for Iran's apparent violations of a UN ban on arms exports.

In a speech to soldiers Friday in Kirkuk, Iraq, US Defense Secretary Robert Gates said Iran would be sanctioned if it didn't honor its recent agreements, according to The New York Times.

"I think you’re going to see some significant additional sanctions imposed by the international community, assuming that the Iranians don't change course and agree to do the things that they signed up to do at the beginning of October," Mr. Gates said during a question-and-answer session with American troops in Kirkuk, an oil-rich region north of Baghdad, Christian Science Monitor reports.

During a wide-ranging 45-minute Town Hall-style meeting with several hundred U.S. troops, Secretary Gates was asked whether there is any plan for military action against Iran. He said he never takes any option off the table, but that such a move would only delay Iran's nuclear weapons development by a few years.

Rather, he said the international community is likely to increase sanctions.

Secretary Gates said if Iran develops a nuclear weapon, it would likely spark a nuclear arms race in the Middle East, creating more dangers for Iran than it has now. He also said that under stronger sanctions, the Iranian "people would suffer enormously," and he indicated Iranian leaders might want to avoid that as they are facing what he called "a lot more political turmoil" since the recent election.

Gates said Iran's defiance has convinced nations involved in the issue, including Russia and China, that stronger action is warranted.

"At the end of the day, the way to avoid a nuclear-armed Iran is to put together a package of incentives and disincentives that persuade the Iranian government that they would actually be less secure with nuclear weapons than if they had them," he said, Voice of America reports.

Meanwhile, as international concern grows over Iran's nuclear ambitions, President Obama will on Monday seek to engage Turkey – a rising power in Mideast diplomacy and member of the United Nations Security Council – in the West's effort to prevent the Islamic Republic from developing nuclear weapons.

Mr. Obama's meeting with his Turkish counterpart, Recep Tayyip Erdogan, at the White House on Monday comes amid concerns that increased economic ties between Ankara and Tehran could undermine efforts to punish the Islamic regime should it ignore Obama's year-end deadline for reaching a negotiated solution to its disputed nuclear program.

Obama is likely to seek Turkey's help in the region is by asking the country to commit troops to Afghanistan. Erdogan's remarks that his country has done all it can militarily in Afghanistan may come as a disappointment to the US president after he committed another 30,000 troops to the effort – and serve as another thorn in their relations, Christian Science Monitor reports.