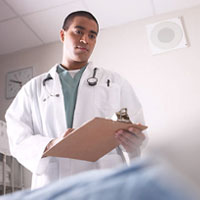 The funds, which will be awarded to 85 centers, are expected to create new job opportunities in construction and healthcare, and also help provide care for more than half a million additional patients in underserved communities, according to the White House.

At least $88 million will be set aside for health IT grants, which “will go far in expanding the current system of networks” in health centers, said Michael Lardiere, director of health information technology and senior adviser, behavioral health at the National Association of Community Health Centers, in an e-mail. NACHC “looks forward to assisting all of its community health centers in utilizing their new funding in the most effective and efficient ways possible.”

Many of the health centers long ago outgrew space cobbled together over the years as they treated patients stricken with conditions that have become strikingly more common - and severe - including asthma and diabetes.

And the number of patients seeking care has only grown since the overhaul of the state’s health care system in 2006, which provided thousands of uninsured patients with coverage, but no guarantee they could get an appointment with overburdened primary care doctors. It is a conundrum evident on an hourly basis at the community health centers.

At the Whittier Street Health Center, staffers have a problem that would be the envy of many businesses: Oftentimes, it is standing room only.

"When you look at Roxbury, there’s still a significant unmet need," said Frederica Williams, president of the Whittier Street clinic, now housed in rented space with a lease that is coming due. "There’s still people not connected with primary care even with health care reform," Boston Globe reports.

It was also reported, the model, known as the "medical home," promotes accessible, continuous and coordinated family-centered care. Developed and administered by the CMS (Centers for Medicare and Medicaid Services), the demonstration will last three years. CMS anticipates that up to 500 health centers will participate.

According to a Dec. 8 PricewaterhouseCoopers report, the market for personalized medicine in the United States is already $232 billion, and it is projected to grow 11 percent annually.The personalized medical care portion of the market -- including telemedicine, health information technology and disease management services offered by traditional health and technology companies -- is estimated at $4 billion to $12 billion and could grow tenfold to more than $100 billion by 2015 if telemedicine takes off.

"These three initiatives –- funding for construction, technology and a medical home demonstration –- they won't just save money over the long term and create more jobs, they're also going to give more people the peace of mind of knowing that health care will be there for them and their families when they need it," Obama said. "And ultimately, that's what health insurance reform is really about," eWeek reports.