The U.K.'s decision to put an extra tax on bank bonuses could make a similar move easier in France as it removes concern about the competitiveness of Paris as a financial market place, the official added. 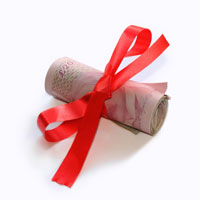 "We are in favor of such a tax as the French president has outlined in the Wall Street Journal. Insofar as this will be applied in the U.K., this removes one of the main competition hurdles for Paris," the official said.

The announcement by the U.K. Treasury has prompted concerns from banks in the U.K. that London's standing as a global financial center could be at risk as a result of the planned one-off levy, which will last until the end of the U.K.'s budget year in April, The Wall Street Journal reports.

In the meantime, No official comment was immediately available from the office of French President Nicolas Sarkozy or the finance ministry. The French Banking Federation declined to comment.

Three French government sources said officials were examining technical details of a levy, carrying on from a speech by Sarkozy ahead of a meeting of Group of 20 countries in September.

"We're still working on the ways and means," he said. "The British have set a level of 50 percent. We need to do technical work to see what the impact would be. It's too early to say it would be such-and-such a percent," one official said.

"In any case, it shouldn't be much of a surprise. The president said in his speech on August 25 that all G20 countries should implement a policy on bonuses. This is part of that," Reuters reports.

In their article, Mr Brown and Mr Sarkozy said the financial crisis had made them "recognise that we are now in an economy which is no longer national but global, so financial standards must also be global".

"We must ensure that through proper regulation, the financial sector operates on a level playing field globally," they said.

They added that there was an "urgent need for a new compact between global banks and the society they serve".

"A compact that ensures the benefits of good economic times flow not just to bankers but to the people they serve; that makes sure that the financial sector fosters economic growth, BBC News reports.