Early Wednesday Congressional leaders met with Obama in the White House's Cabinet Room to discuss the president's plan to use TARP money to bring down the 10 percent jobless rate. 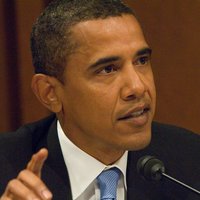 It was also reported, President Barack Obama pressed forward with an expansion of his $787 billion stimulus plan Tuesday, unveiling job-creation proposals that largely build on the initial package, including a hiring tax credit that his own party jettisoned as unworkable and some business owners deemed ineffective.

In a speech at the Brookings Institution, Mr. Obama avoided calling his jobs push a new stimulus plan. But White House officials acknowledged that the president was taking stimulus components that he believed worked best and extending or amplifying them.

These include putting an additional $50 billion toward infrastructure spending, ramping up Treasury Department lending to small businesses through the Troubled Asset Relief Program, extending tax credits for business investment and offering state and local governments a fresh lifeline.

Other ideas that weren't in the February stimulus legislation include a tax credit that rewards companies for hiring workers and tax rebates for individuals who make their homes more energy efficient, The Wall Street Journal reports.

The program was due to expire this year, but Treasury Secretary Timothy Geithner said today he is extending it until Oct. 3.

Republicans, meanwhile, are moving to end the TARP program sooner rather than later; they argue that all the money unused or repaid by bailed-out banks should go to debt reduction.