"The leaked document seems to be the work of rich nations who wanted to abandon the existing Kyoto Protocol and its main objective of only industrialized nations taking on emissions targets. The draft means that developing countries like India and China would have to take on targets as the world cut emissions in half by 2050. This is unfair," said environmentalist D.K. Roy. 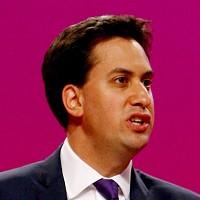 Though India has not officially reacted at the climate summit over the leaked document, the Danish proposal has prompted a furious rebuke to rich nations from some other developing nations. They pointed out that there are flaws in the 2020 targets.

"Industrialized nations like Japan's proposed 25 percent cut is meaningless as it had set conditions that would never be met, and the U.S. 'remarkable and notable' emissions target proposed only a provisional one percent cut below 1990 levels. The 10 billion U.S. dollar annual green fund works out to just two U.S. dollars per person across the planet," said Roy, Xinhua reports.

It was also reported, Lumumba Di-Aping of Sudan, the head of the 135-nation bloc of developing countries, said the $10 billion a year that has been proposed to help poor nations fight climate change paled in comparison to the more than $1 trillion already spent to rescue financial institutions.

"If this is the greatest risk that humanity faces, then how do you explain $10 billion?" he said. "Ten billion will not buy developing countries' citizens enough coffins."

The EPA determined Monday that scientific evidence clearly shows greenhouse gases are endangering Americans' health and must be regulated. That gave Obama a new way to regulate those gases without needing the approval of the U.S. Congress.

Obama will join more than 100 national leaders converging on Copenhagen for the final days of bargaining late next week, The Associated Press reports.

In the meantime, a t the heart of Tuesday's clash — stemming from draft texts attributed to Denmark and China — is the determination by the more impoverished states to bear a lesser burden than wealthy, more industrialized countries in the effort to slow global warming.

Diplomats from developing countries and climate activists also complained the Danish hosts had pre-empted the negotiations with their draft proposal, prepared before the two-week conference began.

"The behind-the-scenes negotiation tactics under the Danish presidency have been focusing on pleasing the rich and powerful countries rather than serving the majority of states who are demanding a fair and ambitious solution," said Kim Carstensen, head of the climate initiative for the environmental group WWF.

The Danish draft proposal circulating at the 192-nation conference chips away at the wall between what developed and developing nations can be expected to do to reduce emissions of greenhouse gases. The Danish proposal would allow rich countries to cut fewer emissions while poorer nations would face tougher limits on greenhouse gases and more conditions on money available to adapt, The Associated Press reports.