Among the closed plenary sessions for arcane committees such as the subsidiary body for scientific and technological advice (SBSTA) - which advises the countries attending on climate and technology - and the subsidiary body for implementation (SBI) - which helps review how the convention is being applied and deals with financial and administrative matters - today's highlights from the meetings schedule include the World Bank's report on clean development mechanism a UN question and answer session on the effectiveness of the CDM in reducing emissions. 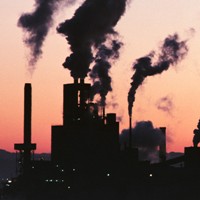 Non-governmental groups say that it is imperative to close loopholes in the forestry text, and are deeply concerned about carbon markets. They will be lobbying delegates to get the best possible deal on finance, and commitments to cut emissions, guardian.co.uk reports.

Meanwhile, o ne of the world's leading authorities on climate change has dismissed the contents of controversial e-mails leaked from the University of East Anglia as nothing more than friends and colleagues "letting off steam."

"Well, I can tell you, privately when I talk to my friends, I use language much worse than that. This was purely private communications between friends, between, colleagues, they were letting off steam. I think we should see it as nothing more than that," Rajendra Pachauri, the Chairman of the Intergovernmental Panel on Climate Change (IPCC) told CNN.

In late November, a substantial file including more than 1,000 e-mails either sent from or to members of the University's Climatic Research Unit (CRU) in eastern England were allegedly hacked and leaked on the Internet.

They contained language seized upon by climate skeptics who say they offer evidence that scientists have manipulated climate data to exaggerate the threat of global warming, CNN reports .

It was also reported, now there are concerns that the e-mail leaks could derail some of the objectives due to be set at the UN climate summit in Copenhagen, Denmark, next week. On Friday 4 December Saudi Arabia's lead climate negotiator, Mohammad Al-Sabban, told BBC news that the hacked e-mails suggest climate change does not have a human cause, and that he thought it could have a huge impact on agreeing limitations of greenhouse gases at the summit. Meanwhile, Rajendra Pachauri, head of the Intergovernmental Panel on Climate Change (IPCC), was reported by the BBC as saying that the claims were serious and needed to be investigated.

For now the scientists involved in the scandal are anxious to get back to doing their research. "We must continue to do the science," said Wigley. "As time goes by the evidence mounts – it is already overwhelming – and we must continue to report this through normal channels in peer-reviewed scientific journals. We must continue to strive to understand the complexities of the climate system better and to improve climate models so that we better know how to respond to future climate changes."

But Wigley fears that time may be running out. "As time goes by, however, we are approaching the point where any actions we might take will be inadequate to protect humanity and the planet from dangerous climate change," he said. "Those people – the hackers, the sceptics, the luddite bloggers – who are hindering and slowing down the process of response will, I hope, eventually be held accountable. They already have much to answer for," guardian.co.uk reports.