"In every country, women and girls continue to be plagued by violence, causing tremendous suffering," Ban said in a message marking the International Day for the Elimination of Violence Against Women, observed annually on Nov. 25. 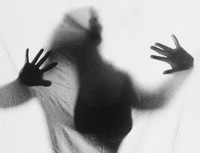 He noted that such violence undermines development, generates instability and makes peace harder to achieve, stressing that the international community must demand accountability for the violations and take concrete steps to end impunity.

"Our goal is clear: to end these inexcusable crimes -- whether it is the use of rape as a weapon of war, domestic violence, sex trafficking, so-called 'honor' crimes or female genital mutilation," said Ban, Xinhua reports.

The nature of the violence is one that brings shame on the victim such that many of them choose to die in silence, while others are left in trauma making it impossible for the victims to participate both in private and public life.

Furthermore, gender violence exposes the victims to the risk of contracting HIV/AIDS, which is already decimating populations in the productive age group all over the world, leaving countless orphans.

This year's theme, "Commit. Act. Demand. We can end violence against women" should spur nationals to act against gender-based violence and speak out whenever and where ever such sordid acts occur.

In this vein, we echo sentiments made by President Rupiah Banda that the Gender-Based Violence Bill must be finalised so that it can be enacted in Parliament in order to protect women and children and ensure gender equality, AllAfrica.com reports .

Meanwhile, French Prime Minister announced Wednesday to ban "physical violence within couples" in France during a speech to mark the United Nations' 10th International Day for the Elimination of Violence Against Women.

"To materialize the penalty, physical violence within couples will be banned by legislature," Fillon said, promising the legalization by next June.

"It's a considerable step forward. The creation of this offense will allow us to tackle the most insidious situations, the situations that left no visible scars but torture the victim inside," Fillon added.

During 2008 in France, 157 women were killed by their spouses or partners. About 700,000 women encountered violent attacks in recent two years.

Early November, the United Nations Development Fund for Women (UNIFEM) estimated that up to 70 percent of women experience physical or sexual violence from men, among which husbands and intimate partners account for the majority, Xinhua reports.