According to a report from the World Health Organization and UNAIDS released Tuesday, the estimated number of new HIV infections each year has declined about 17% since 2001, but for every five people infected. 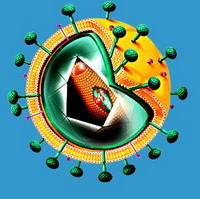 About 2.7 million people were newly infected with the virus that causes AIDS last year, compared with about 3.3 million in 2001 -- although direct comparisons are difficult because the numbers are counted differently now. The biggest gains were in sub-Saharan Africa, where there were 400,000 fewer infections, even though the region still accounts for 67% of all new infections.

An estimated 33.4 million people were HIV-positive worldwide in 2008, a slight increase from 33 million in 2007. That increase occurred in large part because more people are living longer after infection because of the increased availability of antiretroviral drugs that keep the virus in check, Los Angeles Times reports.

``We're seeing the full impact of getting people tested and into care. But there's still a lot of work to do.''

Some of the greatest reductions came in Sub-Saharan Africa and East Asia, where the world pandemic was at its worst, according to a report released Tuesday by the World Health Organization and the Joint United Nations Programme on HIV/AIDS, MiamiHerald.com reports.

In the meantime, World AIDS Day is an opportunity to bring people together to get talking about HIV. By attending an event, you can help spread the word and break the silence on HIV. It is held every Dec. 1 internationally. Since 1995, the President of the United States has made an official proclamation on World AIDS Day. Governments of other nations have followed suit and issued similar announcements. World AIDS Day was first conceived in August 1987 by James W. Bunn and Thomas Netter, two public information officers for the Global Program on AIDS at the World Health Organization in Geneva, Switzerland. Bunn and Netter took their idea to Dr. Jonathan Mann, director of the Global Program on AIDS (now known as UNAIDS). Dr. Mann liked the concept, approved it, and agreed with the recommendation that the first observance of World AIDS Day should be the first of December, 1988.

The World AIDS Day theme this year is “Universal Access and Human Rights.” Global leaders have pledged to work towards universal access to HIV/AIDS prevention, treatment and care, and recognizing these as fundamental human rights. Valuable progress has been made in increasing access to HIV/AIDS services; however more commitment is needed worldwide in order to slow down this pandemic. The United Nations estimates there are now over 33.2 million adults and 2.5 million children living with HIV/AIDS today. During 2007, over 2.5 million newly infected cases were reported.

Here in the United States the Centers for Disease Control estimates that by the end of 2006 there were over 1.1 million persons living with HIV/AIDS. The annual “HIV/AIDS Surveillance Report” also estimates some 42,655 new cases of HIV/AIDS were diagnosed in 2007, San Francisco Bay Times reports.