A nationwide campaign has been launched to tackle physical, sexual and psychological violence against women in Switzerland. 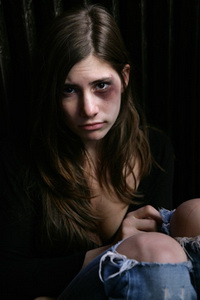 The drive also aims to fight what it calls less visible, but more widespread types of abuse, such as discrimination and the pay gap between the sexes.

More than 60 organisations and associations have signed up for the "16 days against violence against women" campaign, which starts on Wednesday, the International Day for the Elimination of Violence against Women, and ends on December 10, International Human Rights Day. It is the second time that the campaign has been launched in Switzerland.

Violence against women is a wider violation of human rights, said Justice Minister Eveline Widmer-Schlumpf, at a press conference in Bern ahead of the launch. "It is a phenomenon that knows no geographical, cultural or social borders," she said, Swissinfo reports.

Meanwhile, based on the response to The Times Of India campaign to create awareness of violence committed against women, it looks safe to say that every woman has stories to tell about the violence faced by her or somebody she knows.

The campaign, organised to mark the international day to prevent violence against women, was conducted by iDiva and Scooty Streak in association with Karur Vysya Bank to tell women in the city to break free from the shackles and protect themselves from any form of violence. The two-day campaign went to some women’s colleges in the city, including Ethiraj and MOP Vaishnav.

The road show aims to teach young women to recognise signs of violence and urge them to break the silence. The event throws light on their rights and support groups that they can turn to for help.

Students of these colleges were only too eager to talk about how they faced violence in the form of sexual harassment while travelling by public transport to college and back.

Some students spoke about how maids, both young and old, are harassed in homes that they work in. Others expressed associated ideas, such as psychological abuse related to the gender disparity in our society, Times of India reports.

In the meantime, according to ANSAmed, 42percent of women in Turkey become targets of physical or sexual violence, a staggering statistic which along with others will be the focus of events held on the occasion of tomorrow's International Day for the Elimination of Violence against Women.

As Today's Zaman reports quoting data by the Directorate general on status of women, one of every four married women who are targets of violence is injured to the point of requiring medical attention. One of every three women who face violence from a husband or boyfriend attempts suicide. One in every five women, married and single, face violence from their relatives or peeple at school or the workplace. In recent years, some changes to the country's human rights laws have been made as Turkey inches along it its bid to join the European Union, but for many women who for various reasons end up in custody or behind bars, the situation is desperate. In the past 12 years, 74 women have been raped while in custody, and with allegations that have not yet been proved, this number climbs to over 300, Panorama.am reports.