Russia Is Ready to Cut Its Gas Emissions

Russia expressed eagerness to cut its greenhouse gas emissions by 20 to 25 percent by 2020 from 1990 levels. The country raised its target from 15 percent just weeks ahead of a UN climate summit, the EU said Wednesday. 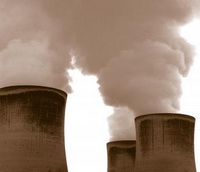 Russia Is Ready to Cut Its Gas Emissions

"With the Copenhagen conference starting in just over two weeks, we have made very important progress today and I very much welcome the signal from President Medvedev today of their proposed emissions reduction target of 20 to 25 percent," Jose Manuel Barroso, president of the European Commission, said.

Barroso was speaking to reporters at the close of a summit gathering European Union officials and Russian President Dmitry Medvedev.

Medvedev himself did not comment on the new emissions target.

But a source in the Russian delegation quoted by Russian news agency Interfax confirmed Medvedev had announced the proposal during the summit talks, AFP reports.

It was also reported, Vladimir Chizhov, Russia's ambassador to the EU, told reporters Medvedev had mentioned a figure of 22-25 percent at the talks. Russia is the world's number three greenhouse gas emitter.

The new goal will still allow a rise from current levels. Russia's emissions, which have plunged since the collapse of the Soviet Union's inefficient smokestack industries, were 34 percent below 1990 levels in 2007.

"Russian emissions should at least be kept 35 percent below 1990 levels in 2020," said Olga Senova of the Russian Socio-Ecological Union, a network of environmental groups.

And Lars Haltbrekken, chairman of Friends of the Earth Norway, said 25 percent should be an "absolute minimum", Reuters reports.

News agencies also report, Medvedev said that Russia and EU have conducted rational discussions over a number of issues.

"We discussed development of large economic projects, the energy cooperation issues, energy security in Europe, we found normal understanding because without agreements on these issues, we cannot imagine a normal life in Europe," he said.

"We must continue to exchange our opinion in order to lay solid base for future cooperation," the Russian president added.

Medvedev also stressed that the two sides should deal with visa with easy procedure so that Russian citizens can come to EU and EUcitizens can visit Russia easily, Xinhua reports.