In a report released on Monday international inspectors raised questions about whether the country may have also concealed other nuclear enrichment plant. 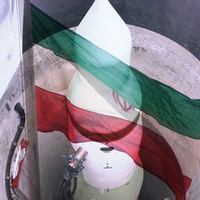 So far Iran has denied that there are other hidden sites in addition to the one built deep underground on a military base north of the holy city of Qum. The inspectors were given access to the half-built plant late last month and reported that they had found it in “an advanced state” of construction, but that no centrifuges — the fast-spinning machines needed to make nuclear fuel – had yet been installed.

They confirmed American and European intelligence reports that the site was built to house about 3,000 centrifuges, enough to produce enough material for one or two nuclear weapons a year. But that is too small to be useful in the production of fuel for civilian nuclear power, which is what Iran insists was the intended purpose of the site.

The plant’s existence was revealed in September, as many as seven years after construction had begun, The New York Times reports.

News agencies also report, the quarterly report by the United Nations' atomic watchdog also said that Iran's nuclear program is operating at less than half capacity, inexplicably producing the same amount of enriched uranium as six months ago and perhaps less.

The United States and other major powers worry that Iran's nuclear research program is ultimately meant to produce arms, an allegation that Iran strenuously denies.

President Obama and Russian President Dmitry Medvedev on Sunday voiced dissatisfaction with Iran's response to an international proposal to swap its enriched uranium for fuel rods to operate a Tehran medical research reactor. Iran has yet to answer definitively to the offer, and world powers have begun buzzing about imposing new economic sanctions on Tehran.

Russia 's energy minister today also announced that its completion of a long-delayed nuclear power plant in the Iranian port city of Bushehr would be pushed back until after this year, according to the Interfax news agency.

In the meantime, the Iranian president said that "cooperation with Iran is in the West's interest" but that increased pressure would only make Iran "more powerful and advanced."

Some speculate that if Iran and the permanent five members of the UN Security Council plus Germany – the negotiating group with Iran known as the P5+1 – do not agree to a deal, then Iran might decide itself to try to provide the 20 percent enriched uranium fuel it needs for medical purposes. That would be a substantial increase from the 3.5 percent enriched uranium Iran is currently producing to one day make nuclear fuel, but still far from the 90 percent necessary to make a bomb.

Iran is currently under three sets of UN Security Council sanctions for failing to suspend uranium enrichment, but the P5+1 deal tacitly recognizes that Iran has made significant strides in enrichment technology in the past four years, The Christian Science Monitor reports.