Government leaders and officials met in Rome for a three-day U.N. summit on how to help developing countries to feed themselves, but anti-poverty campaigners were already writing off the event as a missed opportunity. 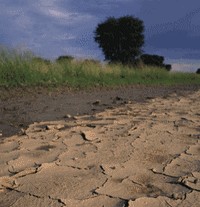 The sense of skepticism deepened at the weekend, when U.S. President Barack Obama and other leaders supported delaying a legally binding climate pact until 2010 or even later, though European negotiators said the move did not imply weaker action.

"There can be no food security without climate security," U.N. Secretary-General Ban Ki-moon told the Rome summit, Reuters reports.

It was also reported, world leaders started a United Nations summit on food security in Rome today that international aid agencies say may be a “waste of time” because it won’t commit donors to provide more money to end world hunger.

A draft of the final declaration for the Nov. 16 to Nov. 18 “World Summit on Food Security,” which was obtained by Bloomberg News, promises no new financial commitments. Governments will “reinforce all our efforts” to halve the number of hungry by 2015, it says, and rich nations should reverse the decline of aid dedicated to agriculture, which fell from 19 percent in 1980 to 3.8 percent in 2006.

Jacques Diouf, who is hosting the meeting as director general of the Food and Agriculture Organization, has urged governments to invest $44 billion a year to end chronic hunger suffered by 1.02 billion people and achieve “food security.” World hunger has continued to rise even with food prices falling from their peaks of last year, which coincided with FAO’s previous summit where donors pledged $11 billion in aid, Bloomberg reports.

Meanwhile, according to the statement, the director-general also launched an online anti-hunger petition on http://www.1billionhungry.org/ .

"I would urge as many people as possible to sign our petition. Each click will serve as another reason, in addition to the billion we already have, for ending hunger. Each click will also serve as a goad to world leaders to 'walk the talk'," Diouf stressed.

The statement said visitors to the website were requested to sign the petition if they agree that one billion people living in chronic hunger is unacceptable.

"Everyone is encouraged to use Twitter or other social media tools to spread the word about the initiative," it added, AllAfrica.com reports.