According to Israeli defense officials, hundreds of tons of weapons were seized from a commandeered ship. The weapon could have given Lebanese guerrillas an extra month of firepower in a war with Israel. Thursday the militants denied that the arms were bound for them. 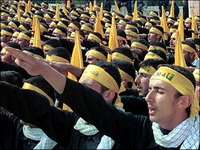 Israeli naval commandos intercepted the ship Wednesday in waters off Cyprus and discovered hundreds of crates of rockets, missiles, mortars, anti-tank weapons and munitions. Israel claims the weapons came from Iran and were headed for Hezbollah fighters in Lebanon.

Israeli officials said the capture of the ship should help buttress the Jewish state as it fights war crimes allegations at the United Nations and seeks crippling global sanctions against Iran.

"When it comes to explaining the real situation in Israel, this gives us some more recognition that ... sometimes we must take protective measures to exercise our right to self defense," said lawmaker Tzahi Hanegbi, chairman of parliament's foreign affairs and defense committee.

But in the Muslim world, officials worried that Israel might use the ship to divert attention from urgent regional issues, The Associated Press reports.

It was also reported, Israeli media said that the military tracked the containers from Iran to the Egyptian port of Damietta, where they were transferred onto the German-owned "Francop" vessel en route to Syria.

Israel has invited foreign ambassadors and military attaches to view the weapons and Netanyahu, Defence Minister Ehud Barak and military officials were to give a briefing to reporters later on Thursday.

"We are going to expose everything we find on the ship," foreign ministry spokesman Yigal Palmor told, AFP reports.

Meanwhile, the Cyprus government said Thursday it had no connection with a cargo ship seized by the Israeli navy that was allegedly laden with rockets and other weaponry destined for Lebanon's Hezbollah movement.

"The Republic of Cyprus is in no way connected with this ship, since it is not under the Cyprus flag," the government spokesman's office said in a statement after Israel announced it had seized the ship near Cyprus.

The ship was not seized within Cyprus's territorial waters, the statement said, adding that "the ship did not either sail in or sail out from a Cyprus port."

A Cyprus-based shipping source said that a Cyprus-based company was in charge of loading and unloading the ship. However, documents submitted to Cyprus authorities made no mention of the prohibited cargo aboard the ship, Xinhua reports.